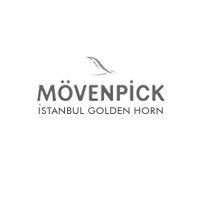 It is the second hotel investment of Akgün Group in the tourism industry after Xanadu Ski Resort Palandöken in Erzurum.

Being located in one of the most beautiful regions of the Golden Horn, Mövenpick Istanbul Golden Horn Suites whose development and construction were undertaken by Akgel Investment, it is aimed to further reinforce Akgün Group’s place in the tourism industry.

Having been constructed in the Golden Horn which brings both the history and gradually developing modern face of Istanbul, the hotel has a very special location by being located right in the middle of the attraction centres such as Eyup Sultan Mosque, Miniaturk, Koc Museum besides its closeness to the regions which are the heart of tourism such as Taksim and Sultanahmet.

With Mövenpick Istanbul Golden Horn Suites investment which is intended to be put into practice in 2014 in Eyup coast of the Golden Horn which is the point where cultures, religions and civilizations unite, Akgün Group will both contribute to the development of the region and make a mark in the tourism industry.